Solar Energy Facts That You Should Know


Your Satisfaction is Guaranteed

Solar Energy Facts That You Should Know Indeed, it is easy to insist on the perks of solar power or point out its drawbacks. And without much research, most people will passively take these claims. But if you belong to the more sceptical group, knowing facts about solar power will aid in weighing this idea accurately. Furthermore, with the countless people hyping this new technology, it becomes confusing whom to trust and identify what’s real. Here are some solar energy facts you should not miss: 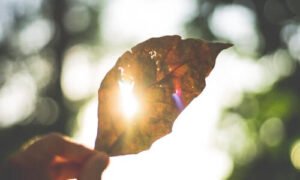 The Philippines is among many counties that receive sunlight for more than 12 hours a day. With the sun rising early and setting at 6 in the afternoon, homeowners could benefit much from this situation. After all, as long as there is sunlight and heat to harness, solar boards will keep on producing electricity.

With the word “solar” in it,  people often parallel this technology with the sun. Hence, many conclude that during cloudy days, solar panels do not function well.  And this is where the most prominent misconception happens. Contrary to this belief, solar cells use the light that reaches them, no matter how small. That is why, despite the heavy rains, solar power is as effective during hot weather.

The world is now looking into the possibility of using solar energy for temporary events with massive electric needs, such as the Olympics. In fact, the recent Tokyo Olympics did plan a sustainable game plan for their power needs. They plotted to employ only renewable sources for the big event, one of which is a solar source from Fukushima. Thus, naming this recent event as the Green Olympics.

#4 Solar energy has been used to power small gadgets, like calculators

Solar powered devices and streetlights are not new. And if you are one of the many that benefited from this creative power production, you will have a better concept on solar energy benefits. Instead of pocketable devices, the large-scale version of this energy production can now support the electric needs of an entire household.

The Japanese Olympic Committee was not wrong in including solar power in their Green Olympic project. There are only two requirements to consider energy renewable. First, it should be a product of natural production. Second, there should be continuous generation. But even if there are only two points to meet, only a few power plants in the country use renewable sources.  Solar power systems use and waste no water. There is even no need to dig deep into the ground. Thus, it is an effortless and straightforward means of harvesting renewable energy. Considering the perks and benefits the world has in store for everyone today, only a few think if there would be enough for the future generations. If power plants continue to rely on depletable resources such as fossil fuel and coal, there is no guarantee that more will be left for the future age. But if everyone starts to adapt solar energy now, no one will have to rely on these limited reserves. In other words, embracing solar power today will secure sustainable earth in the years to come.

No pollution, no toxic fumes. Although there are several renewable energy sources in the Philippines, none is as eco-friendly as solar power. And since most solar setups would only need a roof-size space, there is no need to cut trees or build another infrastructure. It makes installation economical for the owner and still harm-free to the environment.

#8 Solar power plans could last for four to five decades

One counterargument people love to point out about solar panels is the plastic used for producing these. But if you look closely, these solar wares last for 25-30 years. And it will be more than enough to offset all the greenhouse gases produced when depending on diesel-burning power plants. Aside from that, there are countless reuse and recycle projects for solar panels. And if you do the math carefully, the service life of solar panels added to its eco-friendly use, no other energy production could equal its benefits.

#9 Solar energy systems will be more affordable for everybody

If more people ask for solar energy, more companies will be more inclined to add this product on their list. And like the highs and dips in the economy, if solar boards are widely available, they will not be as expensive anymore.

You probably spent more on your car’s maintenance than you will ever spend on solar panels. The numbers during inquiry may be confusing, but it will be worth it in the long run. Not to mention the savings you will have on electric bills, solar panels are worth the investment. And it is often placed on top for a reason —you don’t need to clean it regularly! Even merely allowing the rain to sweep through the boards will make them spotless for a moment.

People looking for an alternative income source could depend on solar energy. Homeowners with 1KW solar boards are eligible to apply for rebate programs in their corresponding electric companies. In this setting, surplus electricity from your solar system will be forwarded to the electric grid and this will have a corresponding credit value.

#12 Solar energy will create more jobs in the community

With the need for installers, repairers, specialists, and cleaning services, using solar power will create more job opportunities for Filipinos. Aside from saving high electricity bills every month, it could also be an avenue for securing jobs for other family members.

The list is endless if someone has to note all the benefits of using solar energy. If the International Space Station could depend on solar energy to support their craft, why couldn’t you trust the same source with all these benefits? It’s time to change this already polluted environment, and you should take the step today. Switch to solar. Choose 24Solar.