Wondering whether solar power is beneficial is a thing of the past —because there is no doubt it is! Besides, what’s more important nowadays is how to get a solar panel roof system to your home. And if you are at a loss to this power transition, 24Solar is here to guide you all the way through! Have your solar panel questions answered to create a great headstart in your solar journey!

What Is Solar Power? 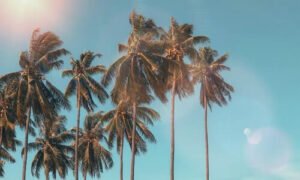 Solar power is the energy from the sun, in the form of heat or light, that becomes thermal or electrical energy. Through these new energy forms, people are now able to harness sunlight for their electricity use. Solar energy or solar power has since gained its reputation through its beneficial effects on nature and the human race. Since the energy from the sun is endless (not until 5.5 billion years!), it means that solar power is renewable. Generation of solar power emits no harmful chemicals, no pollution, and is easy! That is why people draw high hopes of transitioning from the traditional electricity source to this green energy.

Modern technologies have made the conversion of sunlight to consumable electricity faster and easier. And all thanks to solar panels, generating free energy at your home is now possible. It is through these electric boards, called solar panels or modules, that electricity production starts. The solar panel is also the common picture when people talk about solar power. With the sleek look and vast size of these solar modules, it’ll be difficult not to notice.

You will often see these electric panels situated on roofs or grounds with open exposure to light. Not because it requires direct sunlight. But it is because power generation peaks with this kind of setup. The direction where solar panels face and the duration of sunlight exposure also play significant roles in better power production.

How Do Solar Panels Work?

The science of solar panels may unnecessarily drag you into the world of photons and atoms. In simpler terms, light energy or photons enters solar boards and comes out as electricity. However, you should pay special attention to the smaller units of solar panels called solar cells, photovoltaic cells, or PV cells. Each solar panel consists of hundreds to thousands of these solar cells. And these tiny units work together to harness more light at the same time. Each solar cell is a layer of semiconducting material that links together to become the solar panels you see.

What Are The Types Of Solar Panels?

Like you read, solar panels contain a group of solar cells in which each cell is a sandwich of semiconducting material. Depending on the material, each cell varies from one another, and so do solar panels. Here are 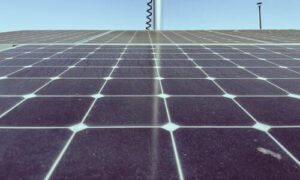 common types of solar panels you should know:

Although this type of solar panel consists of various materials, they do not come superior in capturing photons. The most common materials of thin-film solar panels are cadmium telluride and amorphous silicon. But unlike the other two types, silicon does not come in wafer forms and instead is only part of the whole material —retaining its thin feature. It is also bendable, which makes it flexible in different setup scenarios.

What Is The Best Solar Panel? Considering the modern technologies behind this energy production, everyone wants what is best. However, it is crucial to understand that your electricity needs differ from one another. What is best for most may not work for your setup. Besides, there are solar panels that work better with a specific solar power system. Whether you want to stay connected to the national grid or be totally independent, one type will stand better than the rest.

Solar Panel For Sale In The Philippines

Unlike other home items, solar panels are not widely available. Sometimes the search may become a struggle in itself. Luckily, 24Solar is always available to bring you an end to end solar services and products. We also cater to installation and repair for solar owners. With specialists on board, 24Solar gives you the best solar panel options for your setup. Furthermore, we only carry trusted and branded solar products to guarantee quality and extended service life.

Fill in the information below to get a free quotation!